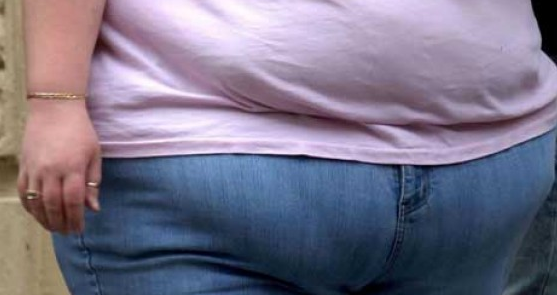 The definition of obesity varies depending on what one reads, but in general, it is a chronic condition defined by an excess amount body fat. A certain amount of body fat is necessary for storing energy, heat insulation, shock absorption, and other functions. The normal amount of body fat (expressed as percentage of body fat) is between 25%-30% in women and 18%-23% in men. Women with over 30% body fat and men with over 25% body fat are considered obese.

The calculation of body mass index (BMI) has also been used in the definition of obesity. The body mass index (BMI) equals a person’s weight in kilograms (kg) divided by their height in meters (m) squared. Since BMI describes body weight relative to height, it is strongly correlated with total body fat content in adults. “Obesity” is defined as a BMI of 30 and above.

How common is obesity?

Obesity has reached epidemic proportions in the United States. One in three Americans is obese. The prevalence of obesity in children has increased markedly, with approximately 20%-25 % of children either overweight or obese. Obesity is also increasing rapidly throughout the world, and the incidence of obesity nearly doubled form 1991 to 1998.

What are the health risks associated with obesity?

Obesity is not just a cosmetic consideration; it is a dire health dilemma directly harmful to one’s health. In the United States, roughly 300,000 deaths per year are directly related to obesity, and more than 80% of these deaths are in patients with a BMI (body mass index, which will be discussed later in this article) over 30. For patients with a BMI over 40, life expectancy is reduces significantly (as much as 20 years for men and 5 years for women ). Obesity also increases the risk of developing a number of chronic diseases including:

The balance between calorie intake and energy expenditure determines a person’s weight. If a person eats more calories than he or she burns (metabolizes), the person gains weight (the body will store the excess energy as fat). If a person eats fewer calories than he or she metabolizes, he or she will lose weight. Therefore the most common causes of obesity are overeating and physical inactivity. At present, we know that there are many factors that contribute to obesity, some of which have a genetic component: